“He’s a threat to public health.”

This is probably the most irresponsible statement that I’ve heard AND should not go ignored.  Schumer is calling for the removal of the PRESIDENT

LIAR – LIES – From the top of the Democrat Party – LYING – Deceit 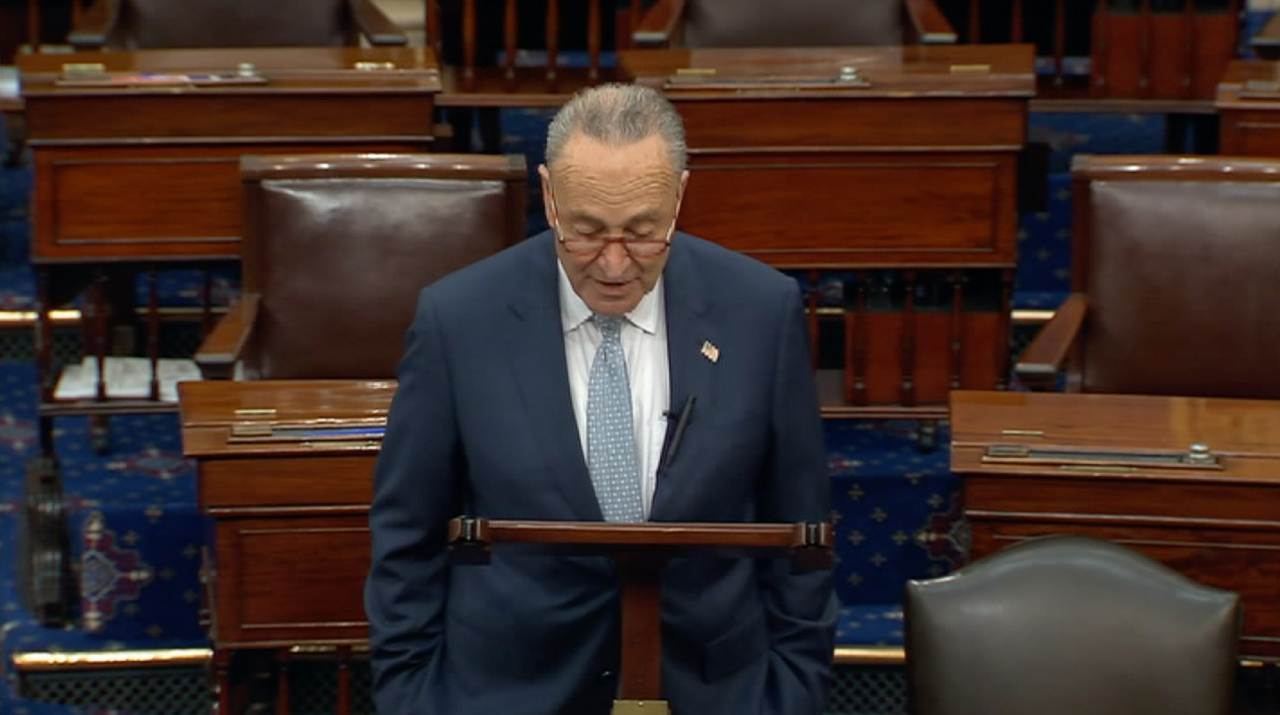 President Trump says he plans to resume briefings to update the public on the coronavirus pandemic.

Senate Minority Leader Chuck Schumer said Tuesday that President Trump “should not take the podium” at the coronavirus briefings expected to resume later in the day, alleging that he is a “threat to public health.”

The comments came after the president said Monday that he would restart his coronavirus briefings amid a new surge in positive cases of COVID-19 across the nation.

TRUMP CORONAVIRUS BRIEFINGS ARE COMING BACK AFTER SURGE IN NEW CASES

Schumer, D-N.Y., though, told reporters that the president has “created one of the greatest failures” and criticized his handling of the pandemic.

“When the coronavirus briefings resume, President Trump should not take the podium,” Schumer said. “He’s a threat to public health.”

Schumer went on to slam Republican efforts on the next coronavirus stimulus bill, saying they’ve “dithered and delayed.”

“Senate Republicans, led by Sen. McConnell said, ‘Let’s wait a little longer and see how this goes,’” Schumer said. “Like President Trump, they hoped it would go away.”

TRUMP PUSHES BACK AGAINST CRITICS ON CORONAVIRUS, ADDRESSES WHETHER HE WILL ACCEPT ELECTION RESULTS

“In the history of cable television there’s never been anything like it,” Trump said Monday. “Frankly, a lot of the country has been doing well, as many people don’t say, as you understand. But we have had this big flare-up in Florida, Texas, other places.”

There is NO flare up – they are lying.  They TESTED and labeled everything COVID.  LIES!!!

He added: “So, I think what we’re going to do is I’ll get involved and we’ll start doing briefings.”

In the early days of the pandemic, the briefings became a near-daily occurrence, often lasting over an hour. But they also proved risky for the president, who at one point took criticism for suggesting that disinfectants might have the potential to treat the coronavirus. This provoked the makers of Lysol to warn against improper use of disinfectant products. Trump said he was being sarcastic.

This is a complete LIE!!!

He was not saying to use detergent.  He was saying that LIGHT was the disinfectant.  He was making an analogy.  The Democrats are LYING about what he said

The first new briefing is expected to take place Tuesday at 5 p.m., though this could change.

Trump said that the briefings would be a “great way” to get information out about the status of coronavirus vaccines and therapeutics, while White House Press Secretary Kayleigh McEnany will continue to deliver regular briefings.

One thought on “21 July 2020 – Democrat leadership calls the President a threat to the PUBLIC. Is this their move to attempt a coup?”