The idea of wealth REDISTRIBUTION was always thought of as taking from the have’s and giving it to the HAVE NOT’s – Right?

You never see the bag of money in the hand of the people REDISTRIBUTING it.  Do you? 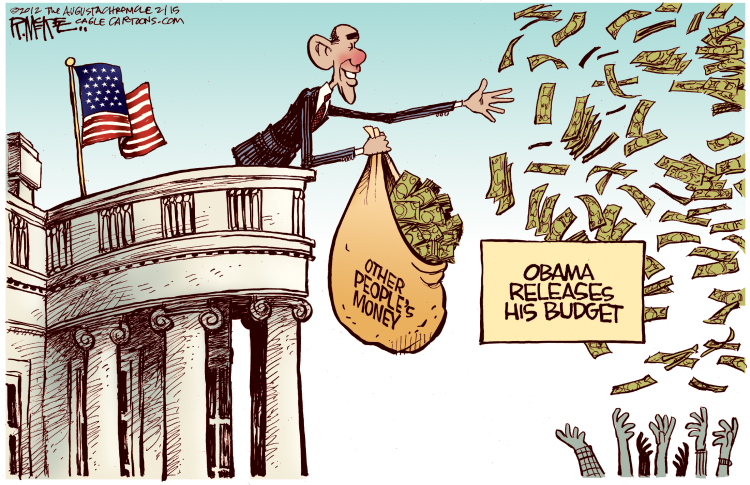 Governments can’t BAILOUT anyone – they can only collect money from TAX’s and then distribute that money, but ONLY after collecting a little FEE

NOW YOU KNOW WHY THEY WANT SOOOOO MANY PROGRAMS – MORE PROGRAMS, MORE FEES TO POCKET

Today the Treasury and the Small Business Administration released the full list of companies that received Paycheck Protection Program loans – which become grants and are fully forgivable if used to pay employee salaries and/or rent – for an amount greater than $150,000. The complete data, which includes a total of 661,219 recipients, can be accessed here.

As a reminder, the PPP was designed to help small businesses weather fallout from the coronavirus pandemic. It did so by funding small and medium companies with 500 employees or less; the loan/grant was meant to cover up to two and a half months of worker compensation (capped at an annualized $100,000) or in other words, the Treasury would provide at most $8,333 per employee for 2.5 months. That, at least, was the theory – in practice, things ended up being different.

To be sure, the PPP program helped a broad swath of organizations, including small restaurants, construction firms, retail locations and non-profits. Many of the conventional recipients of PPP loans were restaurant chains were struggling before the pandemic and were hit particularly hard by the health crisis, since they focus on dine-in service instead of to-go sales. Among them was  P.F. Chang’s China Bistro Inc., a restaurant operator with more than 200 U.S. locations. Other restaurant chains included Mexican chain Rubio’s Restaurants Inc. and California-based Black Angus Steakhouses LLC.

That said, there was some “peculiar” recipients: among the recipients were  Boies Schiller, the law firm headed by antitrust litigator David Boies, the Girl Scouts of the United States of America, Illinois-based megachurch Willow Creek Community Church and the prominent New York synagogue Temple Emanu-El.

Yet while many businesses legitimately needed the funds to continue operations as without the PPP emergency cash infusion thousands of businesses would have shut down and been forced to layoff millions of workers, when it comes to a certain subset of recipients, questions have emerged.

WHAT IS THE DIFFERENCE BETWEEN EMPLOYEE AND WORKER ?

What is the difference between a worker who is an employee and one who is not?

An employee is an individual employed under a contract of employment. A worker who is not an employee works under a contract whereby the individual “undertakes to do or perform personally any work or services for another party to the contract whose status is not … that of a client or customer” (s.230(3) of the Employment Rights Act 1996). There is a body of case law on what distinguishes a worker from an employee. In general terms, for someone to be an employee, the three principle tests that must be met are:

It follows that workers are not employees if they are free, without penalty, to accept or reject any offer of work made to them. Although the control element undoubtedly exists when a worker accepts an offer of casual work, the ability to reject such an offer at will, and without penalty, distinguishes such a worker from an employee.

Where none of the three tests are met, the individual is likely to be a self-employed independent contractor, running their own business, rather than a worker or employee.

Only employees are entitled to all statutory employment rights. For example, a worker cannot claim unfair dismissal or a statutory redundancy payment. Workers are entitled to some statutory rights, including those in relation to the national minimum wage, working hours and annual leave.

Take for example NAICS code 523930 which is defined as “Investment Advisors“, or companies who are paid very generous fees to anticipate precisely the kind of downturn that the covid unleashed and to steer their business successfully through it, especially since many – such as this blog – were repeatedly warning about the potentially catastrophic consequences of the global pandemic as early as January.

And yet, a casual search through the list of PPP recipients reveals that no less than 1,436 Investment Advisors applied for, and received PPP assistance, in many cases for well over $1 million.  One of the most prominent firms, perhaps due to its daily appearances on CNBC, is Ritholz Wealth Management which as we noted previously repaid its PPP loan which according to the SBA was in the $350K-$1MM range. Ritholtz Wealth CEO Josh Bronwn even wrote a blog post explaining what he did in “Every cent, plus interest” in which he tried to justify why a successful RIA would need up to $1 million in government bailout loans.

Two weeks ago we paid back the entirety of our loan to JPMorgan Chase that we had borrowed under the Payroll Protection Program. Every cent, plus interest.

We’re replacing it with a traditional line of credit from Chase. We’ll probably get access to our line next month, with the intention of only having to use it in an emergency. Because of the uncertainty from the pandemic and resulting economic shutdown, we’re going to add this option to give us the financial flexibility to deal with whatever may come. This is not a judgment of firms that choose to apply for forgiveness of their loans, but we don’t need to. Aside from losing the revenue from our conference business and other events, we’re operating smoothly and counting our blessings, as are the majority of our business owner clients. We’re very lucky and I don’t take it for granted.

Be that as it may, we still have a question: as the SBA disclosed, the loan was for over $350,000 and up to $1 million, and yet according to the SBA only 4 jobs were projected to be retained.

We hope this is merely a typo because otherwise someone in the loan submission process might have had a bit of a trigger finger.

Then there is the curious case of another investment advisor and Tesla permabull, Gerber Kawasaki, whose PPP loan was approved just days after he claimed on twitter that the “PPP thing looks like a scam.”

Then there is the odd question of why Mr Ross Gerber submitted his loan under NAICS code 441228 “Motorcycle, ATV and Other Motor Vehicle Dealers” – does Gerber Kawasaki also sell motorbikes and cars on the side?

In any case, we will have many more questions and observations shortly, but for now, here is the full list of companies in the “Investment Advisor” NAICS category of 523930 that received PPP grants. For their sake, we certainly hope they disclosed to their clients on form ADV 2 that they were recipients of such loans, as failure to do so would be tantamount to non-disclosure of key information and both FINRA and the SEC would be especially curious why this “omission” was made.

All we will say here is that instead of hoping and waiting for the US government to bail them out, all these “professional” money managers and advisors could have predicted what was coming and profited from it instead, or is actually doing your job in a time of ubiquitous moral hazard now viewed as an anachronism?

And if that’s not enough, here are another 583 PPP recipients who listed NAICS code of 523920 aka “Portfolio Management” in their loan applocation and who, if they were any good at it, would have anticipated and profited from the March crash, instead of requesting a government bailout well after the fact.

One thought on “6 July 2020 – Redistribution of wealth has another name: BAILOUT!!!”