Parrot?  Who parrots whom?

One must consider that the Parrot maybe the parroted. These Global companies are NOT the same type of company as Joe’s an Milli’s sandwich shop.  They have centralized power to lobby GOVERNMENTS.  What’s Joe and Milli got?  They can go to the IMF and tell them to lower or raise the interest rate.  What can Milli accomplish?  Just saying.

By the way, it’s really a bipartisan WAR (Coup).  Check out the relationship that Romney has to Marriott (Directorship) 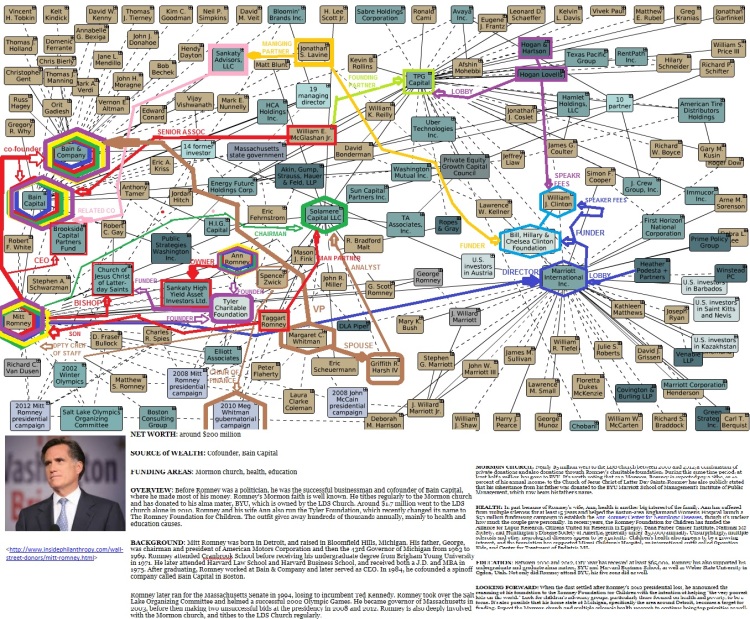 As we reported in March, Marriott International CEO Arne Sorenson has a troubling relationship with the Chinese Communist Party and was caught parroting President Xi Jinping’s propaganda/re-election talking points about the Wuhan coronavirus.

Sorenson recently contrasted the measures taken by the governments of the United States and China to contain the Kung Flu pandemic, and seemed to favor the dictatorial, strong-armed Chinese approach.

Marriott CEO Arne Sorenson says Marriott is hurting because countries like the U.S. haven’t been as effective as China at containing the SARS-CoV-2 virus.

While not calling out the U.S. specifically, Marriott CEO Arne Sorenson noted there is a potential lesson learned from a strong central government response like China’s in helping to fuel the hotel industry’s recovery.

“You see in China’s response something of the advantage of a powerful central government that can by itself set the rules and by and large get 100 percent compliance,” Sorenson said Thursday during a webinar hosted by the American Hotel & Lodging Association. “They move quickly to implement the kind of restrictions that have, as far as we can tell, a profound impact on the spread of this virus.”

That central government response led China to a quick “recovery,” he contended.

“In a couple of fairly short months, they’re into recovery mode,” Sorenson said. “Two lessons: One is recovery will come when people feel like it’s safe, and the second is just how important it is that we earn collectively — government, business, data — that we earn the confidence of our consumers so they’ll get back out there.”

With more than 100 hotels in China, Marriott International understandably considers government relations a high priority. It is an American company, though, and its CEO shouldn’t be so obtuse that he can be easily manipulated into serving as a propaganda puppet for Chinese Communist Party leaders.

Remember when Obama made that deal with Cuba?  It was Starwood hotels that was going to the wedge in to Cuba for America.  Starwood is part of Marriott International. 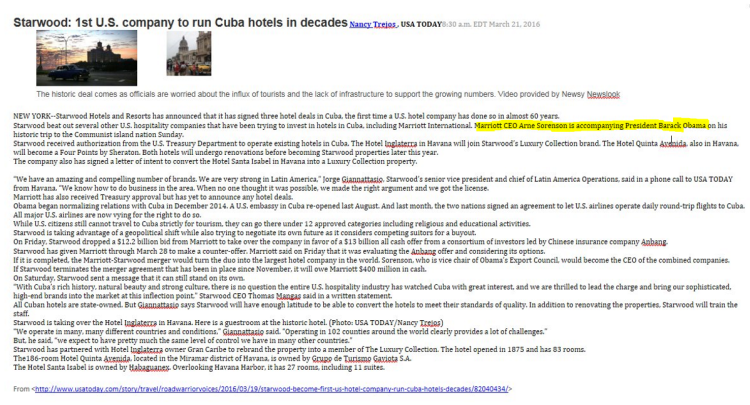 Romney was a good buddy of MCCAIN –

One thought on “30 June 2020 – International Companies like Marriott parroted China’s propaganda or is it that China is parroting the Globalist’s propaganda?”