By WILL STEWART FOR MAILONLINE

Pictures never before seen of Vladimir Putin‘s two daughters from his ex-wife have emerged from the private collection of his one-time closest confidant.

The images show Maria and Katerina as teenagers soon after the Kremlin leader took power in the early 2000s.

They appear to have been released to enrage Putin by former billionaire Sergei Pugachev, 57, a former close crony who this week lost a £11.6 billion legal battle against the Russian state in a Paris arbitration court.

Putin, 67, in his long political career always hid his children away from the limelight, never permitting them to be seen and rarely even speaking about them.

Both are now in their 30s but they show the president’s daughters both inside the Kremlin and at Pugachev’s dacha – or country house – near Moscow. 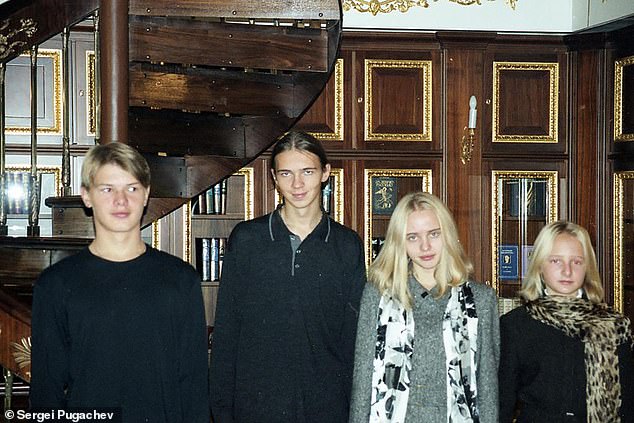 Pictured from left to right: Alexander and Viktor Pugachev and Maria and Ektaterina Putin in the Kremlin library in the early 2000s 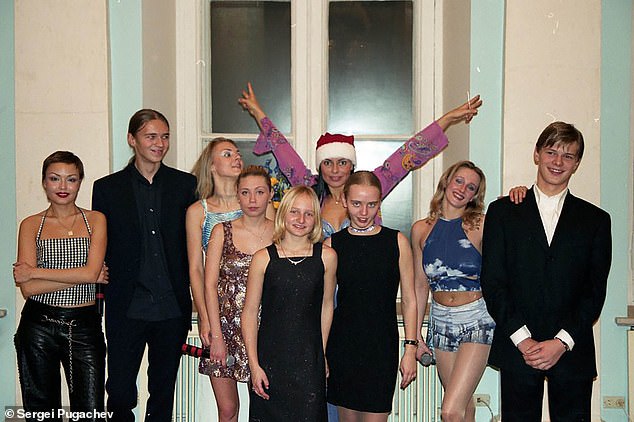 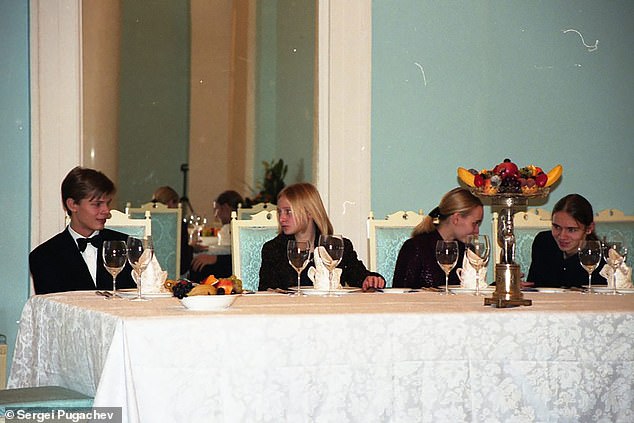 They are pictured with exiled Pugachev’s sons before he left his Russian wife to have three children with his British lover Countess Alexandra Tolstoy, a relationship that has now broken up in acrimony.

Photographs show the president’s girls and their friends along with Putin’s ex-wife waiting for him in the Kremlin.

In one, they are seen in Putin’s library in the Kremlin.

In another shot they are playing billiards on a table once used by Soviet leader Leonid Brezhnev.

They are also seen at a private party with Russian pop group Strelki aka the Russian Spice Girls.

Today Maria, 35, who uses the surname Vorontsova, has a career in medical research and is an expert on dwarfism, according to reports.

She is believed to be married to a Dutch businessman with whom she has a family, making Putin a grandfather. 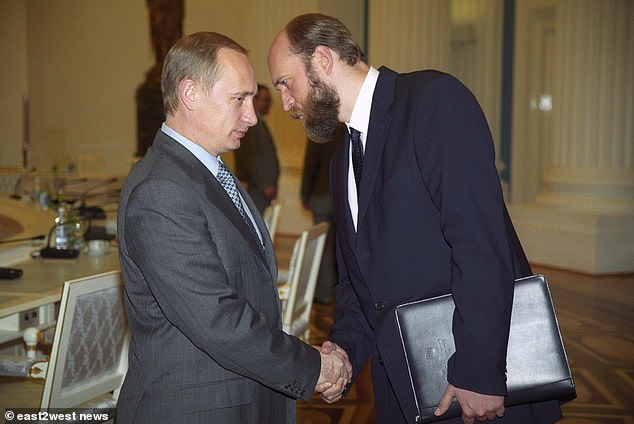 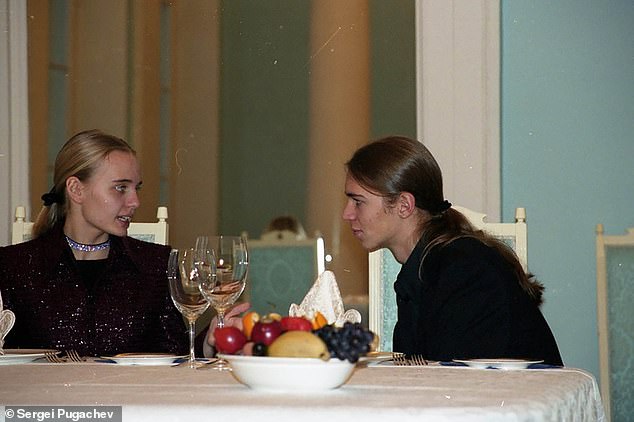 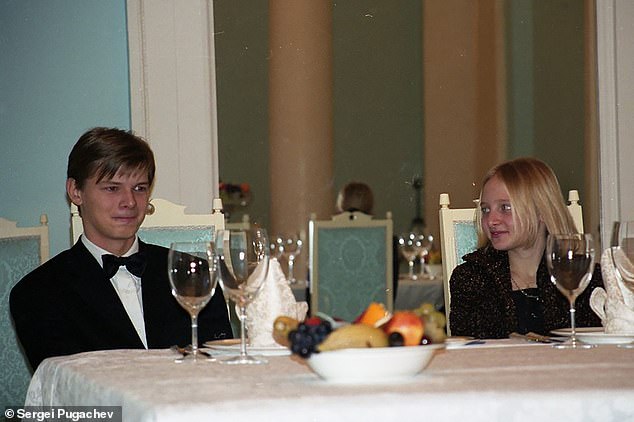 Little is known of her, but she is said to be a fan of Little Britain starring David Walliams and Matt Lucas, and she listed her favourite book as ‘Memoirs of a Geisha’ by Arthur Golden.

Katerina, 33, known by the family name of her maternal grandmother, Tikhonova, has gone from being a high-kicking ‘rock’n’roll’ dancer to spearhead a major new Russian artificial intelligence initiative.

She came to prominence earlier with her spectacular ‘boogle woogle’ Acrobatic Rock’n’roll performances in dance competitions.

She has a doctorate from prestigious Moscow State University after completing a study on helping cosmonauts and pilots to orientate themselves in difficult conditions.

Maria Putina, who now uses the surname Vorontsova, is pictured in an undated photograph. Maria has a career in medical research and is an expert on  dwarfism

Little is known of Maria (pictured enjoying a takeaway meal and champagne, right), but she is said to be a fan of Little Britain starring David Walliams and Matt Lucas, and she listed her favourite book as ‘Memoirs of a Geisha’ by Arthur Golden 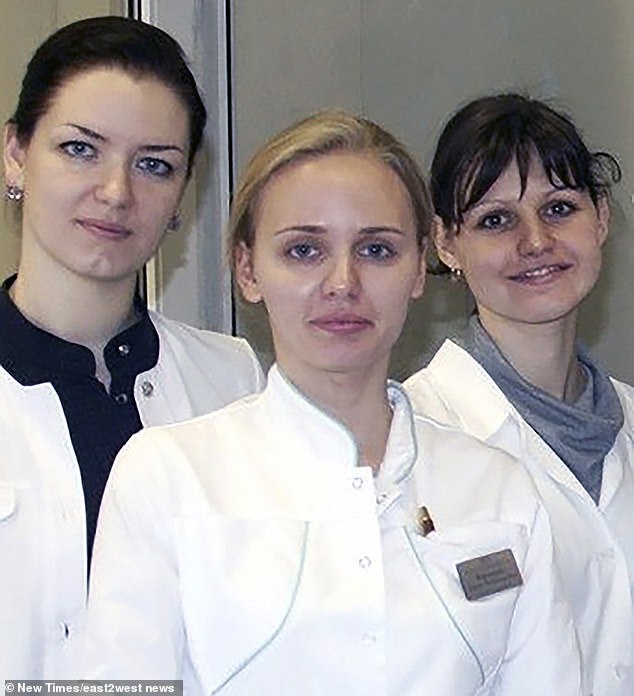 Maria, pictured centre, is believed to be married to a Dutch businessman with whom she has a family, making Putin a grandfather

She was formerly married to Russia’s youngest billionaire Kirill Shamalov, 38.

The couple were reported to have divorced after which he wed glamorous socialite Zhanna Volkova, in her 30s.

Claims that Putin has a new family have never been confirmed.

Ex-KGB spy Putin once said of Maria and Katerina: ‘They are taking the first steps in their careers, but are making good progress. They are not involved in business or politics. 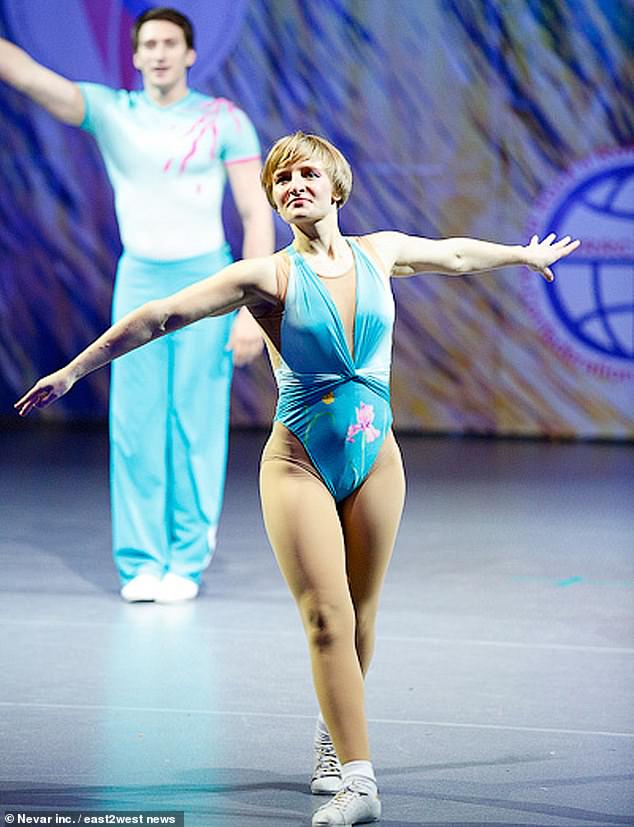 Katerina, 33, known by the family name of her maternal grandmother, Tikhonova, was once a rock’n’roll dancer but has now moved to work on a new Russian artificial intelligence initiative

‘They have never been ‘star’ children, they have never got pleasure from the spotlight being directed on them. They just live their own lives.

‘They live in Russia … They have never been educated anywhere except Russia.

‘I am proud of them, they continue to study and are working. My daughters speak three European languages fluently.’

Pugachev, an ex-senator and formerly one of Russia’s wealthiest oligarchs, was once known as Putin’s ‘cashier’.

He has claimed to have posted the Putin family pictures years ago but, if so, they were not widely seen. 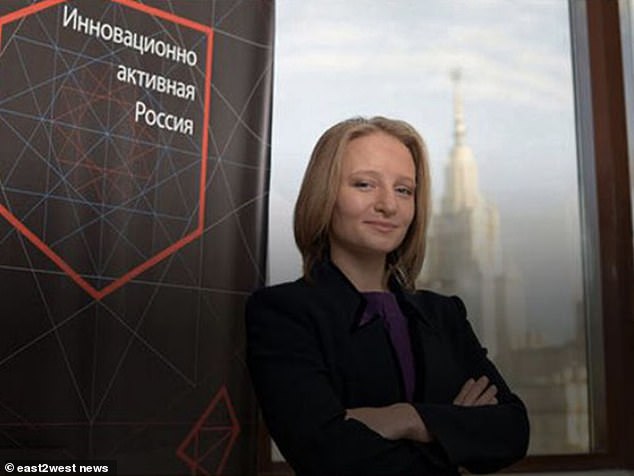 Putin turned against him after he revealed his relationship with Tolstoy, 46, a British socialite and former BBC presenter, he claimed.

He sees himself as the victim of a ‘politically motivated’ asset grab by figures in the Russian elite of which he was a doyen before fleeing to London.

In exile in London – where he said he feared for his life and France, he turned against Putin, for whom he was once closest confidant.

He said: ‘Today in Russia there is no private property. There are only serfs who belong to Putin…

‘Now there is Putin and there are his lieutenants who carry out his orders – and all cash generated is put on the balance of Putin.’

Tolstoy last month revealed she and her three sons with her estranged partner Pugachev had been evicted from their £9 million London property with. Only 12 days notice.

Pugachev lost ownership of the property after Moscow judges ruled that it belonged to his Russian creditors.

She posted: ‘Life is complicated at the moment.

‘I’ve lost my travel business and have been told in the last week that we are shortly to be evicted from our home by the Russian government.

‘In fact, they gave me and my children twelve days notice, at the height of a global pandemic.

‘It’s difficult to sleep and focus but over many difficult years I have been tough on myself about staying in the moment, and taking pleasure out of the small things.

‘Reading is certainly one of those and in particular I hugely enjoy reading out loud to my children, especially if it’s Just William.’

She is the daughter of Count Nikolai Tolstoy, a distant relative of writer Leo Tolstoy.

She and her children stayed at her parents’ Oxfordshire home for lockdown.

Russia will vote on July 1st whether to allow Putin to extend his rule
https://www.dailymail.co.uk/news/article-8454317/Unseen-photos-Putins-daughters-emerge-collection-Vladimirs-former-confidant.html?ito=social-twitter_mailonline&__twitter_impression=true