Children are not the wards of the state.  They are their PARENTS charges by natural order.

To take away the rights of the parent is tantamount to abridging the whole of the Constitution and the Bill of Rights.

The idea that Harvard, an institution that would champion Religion and bring it to the New World to educated and inform, now says that individual freedom and rights are subject to be banned is an insult to the IDEA of America.  The idea of Freedom of conscience.  The idea that CREATED America.  This is ANTI American and a complete dishonor to all that sacrificed life and limb to get here and assimilate to the IDEA of personal freedoms and responsibilities. 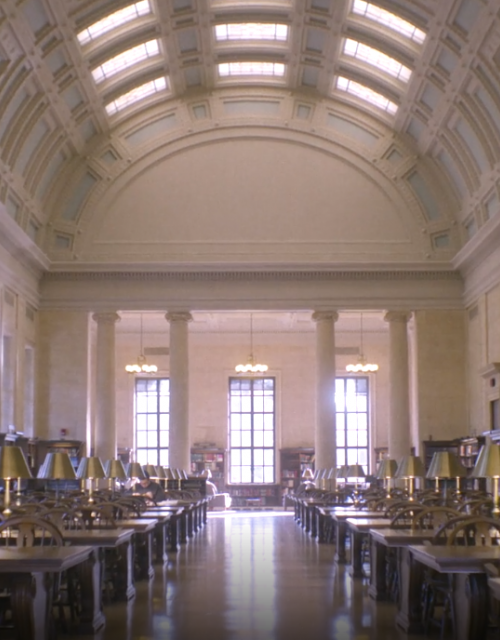 Harvard vs. the Family

A scheduled academic conference confirms the suspicions of homeschooling parents.

This June, pandemic conditions permitting, Harvard University will host a conference—not open to the public—to discuss the purported dangers of homeschooling and strategies for legal reform. The co-organizer, Harvard law professor Elizabeth Bartholet, believes that homeschooling should be banned, as it is “a realm of near-absolute parental power. . . . inconsistent with a proper understanding of the human rights of children.” The conference has caused a stir on social media, owing to a profile of Bartholet in Harvard magazine, accompanied by a cartoon of a forlorn-looking girl behind the barred windows of a house made out of books titled, “Reading, Writing, Arithmetic, Bible.”

Harvard claims, based on a Bartholet law review article, that as many as 90 percent of homeschoolers are “driven by conservative Christian beliefs, and seek to remove their children from mainstream culture.” But Bartholet’s research falls short of supporting this observation. In fact, we know strikingly little about homeschooling families. A 2013 review of the academic literature noted that, while academics assume that conservative Christians make up the largest subset of homeschoolers, “whether this percentage is two-thirds, one-half, or less is a matter of speculation.”

To support her claim that as many as 90 percent of homeschoolers are motivated by conservative Christian beliefs, Bartholet cites two primary sources. One is a survey by Cardus Education Group, which, she notes, “reveals 70 percent [of homeschoolers] in the religious category vs. the nonreligious category.” But that survey categorizes students as “religious homeschoolers” if their mother attends church once a month. Bartholet’s other source is a survey by the Department of Education, which asked parents about their motivation for homeschooling. Only 16 percent said religious considerations were of primary importance (compared with 34 percent who cited safety and 35 percent who listed academic or special-needs considerations). Fifty-one percent said that religion was important, while 80 percent said that safety was important. It’s reasonable to conclude from these data that most homeschool parents are religious—but empirically false to claim that as many as 90 percent are conservative Christians who wish to shield their children from mass culture.

Some, to be sure, fit this description. But before making judgments about them, academics might first try to understand them. Stanford University professor Mitchell Stevens, for example, published an inquiry into the culture of homeschooling that the New York Review of Books commended for taking readers beyond media-driven stereotypes. Bartholet does not cite Mitchell’s book. She does, however, manage to fit into a single footnote references to Gawker, Bitch Media, and an anonymous blog with a defunct URL. Her law review article contains several anecdotes about homeschooling families who teach female subservience or white supremacy, but she makes no effort to quantify this phenomenon, or to demonstrate her contention that “homeschooling to promote racist ideologies and avoid racial intermingling” is a common motivation, beyond the case of a Grand Wizard of the Ku Klux Klan, who homeschooled his son for that reason.

The KKK was FOUNDED by the LEFT.  Harvard used to be a Christian school.  The school is no longer Christian.  The LEFT embraces it now.  Harvard IS the left now.  Regardless of religion,

It would be useful to know how homeschooled students perform academically compared with their public school counterparts. A 2017 literature review, focusing only on peer-reviewed articles, found that the majority of studies showed positive academic, social and emotional, and long-term life outcomes. Bartholet dismisses much of this literature, noting that it tends to focus on a not necessarily representative sample of homeschoolers who “emerge from isolation to do things like take standardized tests.”

Bartholet is distorting the study’s conclusions, to put it politely. The researchers found that the two-thirds of homeschooled students in their sample who received a structured curriculum did dramatically better than public school students. Unstructured homeschool student performance was either slightly below or statistically indistinguishable from that of public school students, depending on the analytic methodology employed. Most policy analysts would see these findings as demonstrating the remarkable success of homeschooling. It would require extraordinary confirmation bias to read these findings as evidence that homeschooling should be banned.

Bartholet’s article does point out that the lack of regulation of homeschooling enables some terrible parents to hide their child abuse from authorities. How many? She has no clue. And given that safety is a motivating factor for about 80 percent of homeschooling parents, she has no way of knowing whether a ban would decrease or increase the sum total of child suffering.

Ideally, modest reforms would make it easier for authorities to spot abuse. But, as Bartholet notes, the homeschool lobby goes to great lengths to oppose even the most basic safeguards. Why? Perhaps they’re reluctant to cede any ground for fear that ideologues who believe that children belong to the state could make headway in their intended litigation campaign—which may ultimately levy the threat of incarceration—against parents who wish to teach their own kids.

That viewpoint may sound paranoid, but the Harvard conference proves that it’s no fantasy. James Dwyer, co-organizer of the event, has declared that “the reason parent-child relationships exist is that the state confers legal parenthood. . . . It’s the state that’s empowering parents to do anything with children. To take them home, to have custody, to make any kind of decision about that.”

Such sentiments would horrify most parents, and Bartholet’s proposed ban on homeschooling would never win at the ballot box, as she knows. She laments how the Constitution “with its negative rights structure is an anomaly, outdated and inadequate by the standards of the rest of the world.” But she expresses hope that litigation campaigns may lay the groundwork for an eventual national ban. It wouldn’t be the first time that coordinated progressive litigation has yielded profound, counter-majoritarian policy change. With elites like Bartholet and her colleagues pushing their vision of family subordination to the state, homeschool parents have good reason to be on guard.

Max Eden is a senior fellow at the Manhattan Institute. Twitter: @MaxEden99.

One thought on “28 April – University to hold a NON-Public CONFERENCE regarding the DANGER of homeschooling. They want to BAN it. Siting, “human rights of children.””