President Trump should fire this schmuck immediately.  “It’s going to get bad?” Saying THIS in the morning was a sure fire way to tank the markets even farther

He was irresponsible – this CREATES a panic and maybe that was the INTENT.! 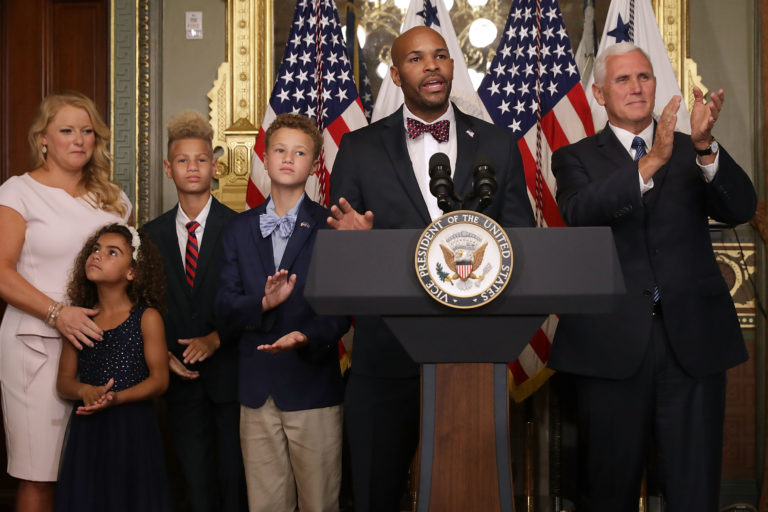 The sun had barely risen Monday when U.S. Surgeon General Jerome Adams took to the airwaves. “I want America to understand: This week, it’s going to get bad,” he said on NBC’s “Today.”

It got bad quickly.

For the first time since the coronavirus pandemic reached U.S. soil, the country reported more than 100 deaths in a single day, pushing the death toll past 500 and the infection total to more than 41,000.

As the number of confirmed cases of covid-19 exploded across the country — and the world — lawmakers on Capitol Hill spent much of the day locked in a bitter stalemate, unable to finalize the outlines of a $2 trillion stimulus package.

The Federal Reserve again announced an unprecedented set of actions meant to boost the faltering U.S. economy, but stocks on Wall Street tumbled again anyway. Leaders in Maryland, Michigan, Virginia, Indiana and a growing list of other states issued their strictest orders yet for Americans to help slow the spread of the coronavirus.

More than 100 million Americans — nearly one in three — are under orders from their governors to stay at home. Florida Gov. Ron DeSantis (R) ordered all passengers on all flights that originate in New York or New Jersey to self-quarantine for 14 days when they arrive in the state. Rhode Island Gov. Gina M. Raimondo (D) ordered a similar quarantine for any person flying into her state.

But even as more states — and even other countries — continued to tighten restrictions in an effort to prevent hospitals and medical workers from being overwhelmed by the rapidly spreading virus, President Trump signaled a wariness with the mounting economic consequences of bringing the nation to a halt.

“Our country wasn’t built to be shut down,” Trump said at a White House briefing late Monday afternoon.“At some point, we’re going to be opening up our country. It’s going to be pretty soon.”

This guy should be FIRED!!!!! He single-hadedly undid ANYTHING good that was done to fight this thing and PENCE was behind this guy