Most Christians and many Jews don’t connect that Easter is Easter BECAUSE of Passover.

This is how closely WE in America are connected.  Christianity without Judaism is like a tree without roots.

We should be mindful of what we worship, because a birth of something is not always good – just like change.  Unless we direct change toward what is moral, then we give lea way to that which is it’s opposite.

Easter and Passover are like mini end of times.  A sort of mini Revelations.  When god passes over it’s us who must re-affirm  our devotion to god.  There is blood spilled, figuratively, so that we remember what it means to spill real blood.  Just like the lamb of god who’s blood was spilled for mans sin.

We must embrace uncomfortable thoughts and come to affirm our convictions as a culture.  Lest, a Passover of world proportion becomes the Revelation that SOME wish for.

This Passover is extremely symbolic

It almost DOES feel like the exodus.  The emotions within the society and our freedoms and laws used to Enslave us and not set us free.

Pharaoh was an UNFAIR taskmaster. The idea that Jews would never have their own governance is why the Exodus occurred.

We seem to have a similar heavy heart.  It’s that which is hearkening to the Exodus time.  This is also why it may be more understood today then at some recently past years. 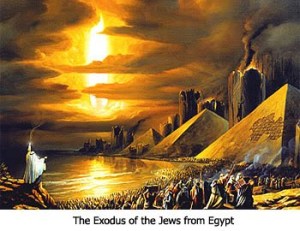 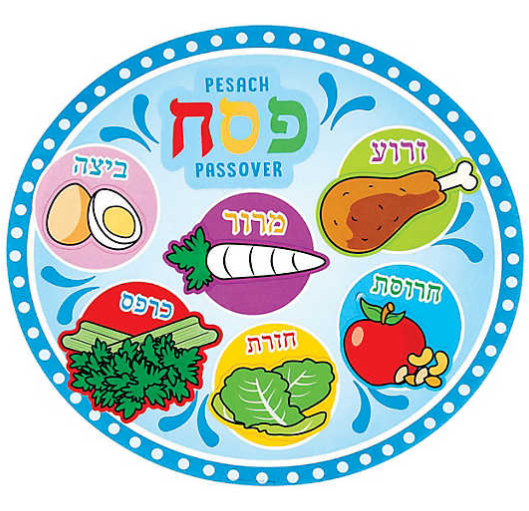 Zeroa is the roasted shank bone or roasted wing of a fowl, representing the sacrifice of the Paschal lamb.

-Today  we are told that we must sacrifice and “do without” so that we give our proper share to PHARAOH, who chooses to be frivolous with our WORK.  We toil for the silver, which is used to buy our families the things they want and need.  It is OUR LABOR that is reduced to an hourly quantifiable sum.  The “government,” which is no longer OF the PEOPLE, demands, with the threat of JAIL (at gun point) to GIVE our LABOR to PHARAOH.  Then, Pharaoh “distributes” some of the money, and takes a TAX for the honor of stealing our LABOR as a cost of doing the business of redistributing your labor, your life’s blood.  This is our sacrifice still today.  How many have forgone having another child or something similar, because they would not be able to “sustain” themselves?  These are our lambs.

Beitza is roasted hard-cooked eggs, symbolizing the festival offering brought to the temple.

-Today the EGG is the same symbol.  Hope for the future.  Hope through our CHILDREN.  The same hope that is sometimes the lamb, which is sacrificed as the bone shank above.

Moror is horseradish, the bitter herbs that represent the bitterness of slavery.

-Today the sting of horseradish is just as sharp.  The bitterness that jabs at us, as we leave our families to go the “work” for a taskmaster.  The bitterness that is repeated and is made heavier with the notion that we are “educating” our kids to become the best little slaves that they can be.  The “government” is all knowing and good?  That sort of brainwashing.  You can’t rebel against the government.  The governments job is to isolate individuals so that they could never come together against the task master and revolt.  But these things do happen.  But to revolt without knowing what the revolution is fighting FOR, is asking for an even harsher taskmaster, because the one that comes after will not be at all lenient and freedoms will be limited.

Karpas is parsley or celery, used to symbolize spring, which brings rebirth and redemption.

-Today even the sprig of HOPE is in the idea of individual freedom and America seems to symbolize this best.

These leaves are dipped in salt water to recall the sweat and tears of slavery.

Today – Salt water is used as a cleaning agent.

Chazereth is another form of bitter herbs, such as a piece of horseradish root or watercress. Charoset is a mixture of nuts, fruits, wine and spices that represents the mortar used by the Hebrews in making bricks while they were slaves in Egypt.

Today – We have the bankers that have removed our hope, brick by brick.  We are universally under attack by a few that will enslave the many.

And so here we are – with the plague upon us.  I pray that he passes over all our houses and we come out of it on the other side.  But the angel is not here yet.  Time to clean and get the house in order.  It’s not too late to clean and get ones HOUSE in order.

Let us look at each other with HOPE in our eyes.