The founders understood that the court MUST have the LEAST amount of power lest it become a rogue and an arm of one party or another.

Yet they didn’t foresee that it may be subverted and used by that element AFTER a party was subverted, so that the arm of sedition was from within.

After all they knew how Greece and Rome fell.  BUT WE DON’T – we have little learned defenses.  Isn’t that a clever strategy? 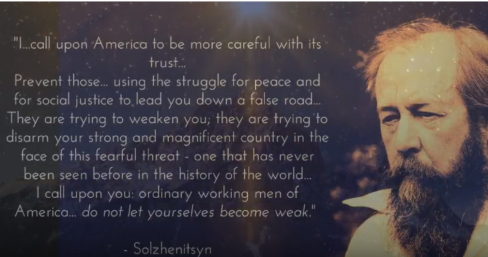 The country, America, isn’t the geography that they want to conquer.  It’s the IDEA.  The idea that we are FREE souls.  That we enter in to contract of FREE WILL, like the covenant with God.  Without free will there is only tyranny and eventually NOTHING.

You know that the highest achievable EQUALITY in science is, when you know that you have the equation figured out, when BOTH sides of the scale equal 0.  That magic number is also DEATH.  Because without the scales teeter tottering, without the friction, there is no movement, and THAT is the ultimate solution. UNLESS you resolve that the equations solution is not to balance it, but to keep it teetering.

Friction is the solution.  It’s the dark matter, the magic, the FIGHT and that is the argument that God created in the Garden of Eden.  Free will.  And the promise presented to Abraham, when he was bequeathed the covenant with God.  You make a choice.  But you have to be free to make that choice.  An over-burdensome government squelches the individual from making a choice and therefore, squelches the individual, which is the building block of any society.  If you target the ANT, then the ant colony dies.  If you target the colony, the colony rebuilds.  And our America’s founders understood these higher thoughts from understanding HUMAN NATURE and HISTORICAL empirical, as well as, cultivated philosophical truths.  Destroy what is true and you confuse the whole. The ant individually, the ant but in unison with the rest become ineffective and even destructive to self and to the colony.  Only a fraction gone berserk can collapse the colony – their small tower of Babel.

Small wonder that we are a magnet for illegal immigration. Our courts, with the best of intentions, have created a Rube Goldberg device whereby the black letter of immigration law is thwarted by loopholes and roadblocks to enforcement.

In 1986, Congress enacted the Immigration Reform and Control Act (IRCA). IRCA made it illegal to employ illegal aliens, established an employment eligibility verification system, and created various civil and criminal penalties against employers who violate the law. As part of this law came the Form I-9, known to anyone who has applied for a job in the past 30 years. This is a largely toothless provision that does nothing to deter anyone from employing an illegal nor does it pose any noticeable bar to the ability of illegals to work, but it has created a booming black market in I-9 friendly documents.

What could have been a fairly formidable tool to deter longterm illegals has been effectively gutted by the courts.

In Flores-Figuroa vs. United States, the Supreme Court ruled that illegals using counterfeit social security cards could not be prosecuted for identity theft unless they knew that the bogus social security number belonged to a real person. The decision was 9-0, but three justices made it clear that their concurrence was based on the fact that the law provided for a greater penalty for users of social security numbers belonging to real people than it did for those belonging to no one or to a deceased person.

When the US Supreme Court in the travesty known as Arizona vs. United States ruled that states have no authority to enforce US immigration law…thank you, John Roberts, for again selling the nation down the river in order to try to bond with the liberals on the court….it opened a can of worms for any judge or court which is sufficiently woke and ambitious enough to use it. One of those instances happened in Kansas.

The case in question is called Kansas vs. Garcia. This is the background.

On August 26, 2012, Officer Mike Gibson pulled Garcia over for speeding. Gibson asked Garcia where he was going in such a hurry. Garcia replied that he was on his way to work at Bonefish Grill. Based on the results of a routine records check on Garcia, Gibson contacted Detective Justin Russell, who worked in the financial crimes department of the Overland Park Police Department. Russell was in the neighborhood and came to the scene to speak with Garcia.

The day after speaking with Garcia, Russell contacted Bonefish Grill and obtained Garcia’s “[e]mployment application documents, possibly the W-2, the I-9 documents.” Russell then spoke with Special Agent Joseph Espinosa of the Social Security Office of the Inspector General. Espinosa told Russell that the Social Security number Garcia had used on the forms belonged to Felisha Munguia of Edinburg, Texas.

As a result of the investigation, Garcia was charged with one count of identity theft.

Garcia was convicted and the conviction was upheld on appeal. But the Kansas Supreme Court reversed. That court reasoned that because state officials were barred from using information on the I-9 for reasons other than verifying eligibility for employment that Kansas could not use the fact the fake social security number was used on state and federal tax returns and on an apartment lease as evidence of a crime.

The federal Immigration Reform and Control Act bars employers from knowingly employing undocumented immigrants. The act also requires employees to verify that they are eligible to work in the United States by submitting a Form I-9, and it strictly limits the use of information on or attached to a Form I-9. Because the Social Security numbers that the defendants were using appeared on their I-9s, the state court reasoned, the prosecution was trumped by the IRCA, even if the Social Security numbers also appeared on the defendants’ tax-withholding forms.

In short, what the Kansas Supreme Court did was legalize identity theft so long as you were an illegal. (READ: Will the Supreme Court Choose to Preserve Immigration Law or Will It Make Identity Theft Legally Protected?) The US Supreme Court heard the case back in March and the decision was handed down today.

The court, in a 5-4 opinion by Justice Samuel Alito, reinstated convictions obtained by Kansas prosecutors against three restaurant workers for using other people’s social security numbers on forms given to their employers.

The central question in the case, Kansas v. Garcia, was whether such state prosecutions were barred by a provision of federal immigration law that says any information submitted with federal work-authorization forms can’t be used for state law-enforcement purposes.

Justice Alito, writing for a conservative majority, said the answer was no. The mere fact that Kansas law on identity theft overlapped with federal law “does not even begin to make a case” that the state’s prosecutorial efforts should be pre-empted, he wrote.

“In the present cases, there is certainly no suggestion that the Kansas prosecutions frustrated any federal interests,” Justice Alito said.  Joining him in the majority were Chief Justice John Roberts and Justices Clarence Thomas, Neil Gorsuch and Brett Kavanaugh.

The Trump administration had sided with Kansas in the case, arguing that Congress never meant to carve out an immigration-related exception that would prevent states from enforcing their own identity-theft laws.

The law “reserves to the federal government—and thus takes from the states—the power to prosecute people for misrepresenting material information in an effort to convince their employer that they are authorized to work in this country,” Justice Breyer wrote.

If this representation of Breyer’s views are correct, and I’ve not read the opinion, it is sheer lunacy. He is literally declaring that using a fake ID on an employment I-9 immunizes you from being prosecuted.

This victory is a key one, but it also shows just how close we are to having our immigration laws being made illegal to enforce.