I did some other research – and in my opinion this man was groomed from the start.

Buttigieg was born on January 19, 1982, in South Bend, Indiana, the only child of Jennifer Anne Montgomery and Joseph A. Buttigieg.[13][14] His parents met and married while employed as faculty at New Mexico State University.[15] His father was born and raised in Hamrun, Malta, and had studied to be a Jesuit before emigrating to the United States and embarking on a secular career as a professor of literature at the University of Notre Dame in South Bend,[16][17] where he taught for 29 years.[18] His mother was born in Stanislaus County, California,[19] graduated from Radford High School in El Paso, Texas,[20] and attended the University of Texas, receiving her BA and MA in 1967;[19] her mother was born in Oklahoma,[21][22][23] and her father was born in Indiana.[21][24][25]

Buttigieg was valedictorian of the class of 2000 at St. Joseph High School in South Bend.[26] That year, he won first prize in the John F. Kennedy Presidential Library and Museum‘s Profiles in Courage essay contest. He traveled to Boston to accept the award and met Caroline Kennedy and other members of President Kennedy’s family. The subject of his winning essay was the integrity and political courage of then U.S. representative Bernie Sanders of Vermont, one of only two independent politicians in Congress.[27][28]

Just saying – Bill Clinton was a Rhodes Scholar too 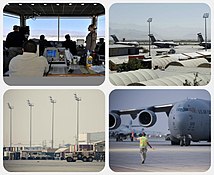 In 2014, Buttigieg began his deployment at Bagram Air Base in Afghanistan.

Buttigieg joined the U.S. Navy Reserve through the direct commission officer (DCO) program and was sworn in as an ensign in naval intelligence in September 2009.[55] In 2014, he took a seven-month leave during his mayoral term to deploy to Afghanistan.[56][57][58] While there, Buttigieg was part of a unit assigned to identify and disrupt terrorist finance networks. Part of this was done at Bagram Air Base, but he also worked as an armed driver for his commander on more than 100 trips into Kabul. Buttigieg has jokingly referred to this role as “military Uber“, because he had to watch out for ambushes and explosive devices along the roads and ensure that the vehicle was guarded.[59] In order to better communicate with the local Afghans, he learned some Dari (a dialect of the Persian language). Buttigieg was awarded the Joint Service Commendation Medal[5] and resigned his commission from the U.S. Navy Reserve in 2017.[60][61]

He signed up for the MILITARY as advice from former President Obama
“It helps me demonstrate the difference between how I’m oriented and how the current President is,” Buttigieg said in an interview here Thursday about his military service. “We responded to the country’s call to serve in very different ways.”
Yet Buttigieg rarely reveals that his path to the military actually came from a presidential race. As a volunteer for Barack Obama’s campaign in Iowa 12 years ago, he said he felt guilty that so many young people in rural communities were signing up for the Army or National Guard. —--https://www.cnn.com/2019/05/17/politics/buttigieg-military-service-2020/index.html
Records state the mayor oversaw analysis and operations, coordinated intelligence and went to high level briefings. –-https://www.abc57.com/news/fact-check-does-mayor-pete-have-more-military-experience-than-george-w-bush

Here’s some more on Buttigieg —