Laws are made for the LAW abiding.  A criminal, by definition, doesn’t follow laws.  If a city says that guns are not allowed, then I don’t know of any criminal that is going to disarm willfully.  Do you? 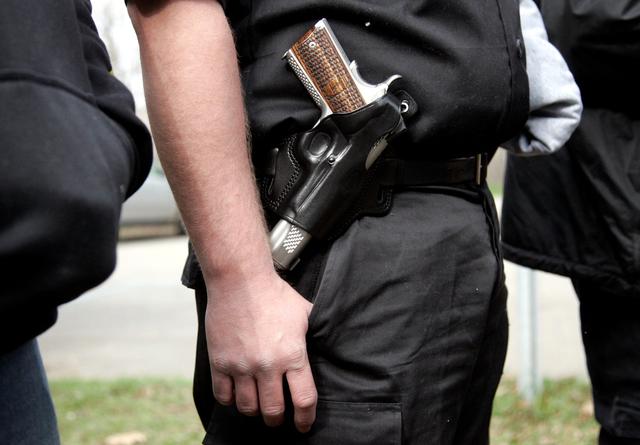 (Reuters) – A federal appeals court ruled on Tuesday that the U.S. Constitution’s Second Amendment guarantees a right to openly carry a gun in public for self-defense, finding that Hawaii overstepped its authority to regulate firearms possession outside the home.

The ruling by a three-judge panel on the 9th U.S. Circuit Court of Appeals, makes the San Francisco-based court the sixth U.S. circuit court to interpret the Second Amendment that way and could set the issue on a path toward the U.S. Supreme Court, which has not taken up a major gun rights case since 2010.

The extent of the right to gun ownership is one of the most hotly contested debates in the United States, where there has been a steady stream of mass shootings.

In a 2-1 decision on Tuesday, the panel found Hawaii infringed on the rights of plaintiff George Young when it twice denied him a permit the state requires to openly carry a gun in public.

“We do not take lightly the problem of gun violence,” Judge Diarmuid O’Scannlain wrote in Tuesday’s ruling. “But, for better or for worse, the Second Amendment does protect a right to carry a firearm in public for self-defense.”

State Attorney General Russell Suzuki said the ruling would “undermine Hawaii’s strong gun control law and our commitment to protect the public.” He added that state and local authorities would consult on what further action to take.

The 9th Circuit ruled in 2016 that the Second Amendment did not guarantee a right to carry concealed firearms in public in a case originating in Southern California. The U.S. Supreme Court declined to rule on that decision last year.

President Donald Trump, a vocal gun rights supporter, is seeking to fill a vacant Supreme Court seat and make the court more conservative, raising the prospect that it may take up more cases in coming years.

Alan Beck, a lawyer for the plaintiff in Tuesday’s ruling, said he believed the question about openly carrying firearms would eventually end up before the Supreme Court.

“I think the Supreme Court is receptive to this,” Beck said in a phone interview.

Judge Richard Clifton dissented from Tuesday’s ruling, saying the Second Amendment did not preclude the sort of licensing rules used in Hawaii and elsewhere.

Laws on openly carrying firearms vary widely by state and type of gun. The most restrictive are California, Florida, Illinois and the District of Columbia, which generally prohibit people from openly carrying any sort of firearm, according to the Giffords Law Center to Prevent Gun Violence, a nonprofit policy organization that favors greater gun control.

Hawaii is one of 15 states that requires a license or permit to openly carry a handgun, according to the center’s data.

In 2008, the U.S. Supreme Court ruled for the first time that the Second Amendment protected an individual’s right to keep guns at home for self-defense.

The Second Amendment was adopted in 1789 and reads: “A well regulated Militia, being necessary to the security of a free State, the right of the people to keep and bear Arms, shall not be infringed.”

Our standards: The Thomson Reuters Trust Principles.
From –  https://mobile.reuters.com/article/amp/idUSKBN1KE28C?__twitter_impression=true