Jeffrey Epstein’s private wealth banker, who brokered and signed off on untold multiple millions of dollars in controversial Deutsche Bank and Citibank loans spanning two decades for the convicted pedophile, has died from a reported suicide.

The news of yet another mysterious Epstein-linked death comes shortly after the FBI was seeking to interview the bank executive about loans he approved for Epstein and the indicted child trafficker’s labyrinth of US-based and offshore companies.

The Los Angeles County Medical Examiner confirmed Thomas Bowers died by an apparent suicide by hanging at his home before Thanksgiving.

Epstein likewise died from a reported suicide by hanging, according to the New York City Medical Examiner.

Bowers headed the private wealth banking division for Deutsche Bank and signed off on millions in loans to Epstein. Bowers, prior to taking over the private banking arm at Deutsche Bank, served in the same top position at Citibank, as the head of the bank’s private wealth arm. Citigroup also made massive loans to Epstein, according to records and banking sources who spoke to True Pundit.

“The loans to Epstein were personal and commercial,” Paine confirmed. “The Citi loans I can confirm were for more than $25 million. Some were secured, some were not.”

Did Citi bend its lending rules for Epstein? Paine said that appears “quite likely,” with Bowers and other Citi executives he later recruited to work for him at Deutsche all working to secure the approvals regardless of compliance-related red flags.

And sources said Citi loaned Epstein much more money, eclipsing $100 million and also allowed Epstein to use the bank to send thousands of wire transfers from his accounts. Bowers, who turned up dead just days ago, brokered the loans for Epstein, sources said.

And when Bowers left Citi for Deutsche Bank, Epstein followed.

And that relationship with Epstein continued until Bowers left Deutsche Bank in 2015.  By that time, Epstein had chalked up untold millions in loans with the help of Bowers who recruited many of his top private wealth top bankers from Citi to Deutsche Bank.

The FBI who was interested in interviewing Bowers, sources confirm. The FBI subpoenaed Deutsche Bank in May for all loans and accounts linked to Epstein and there were many unanswered questions. Deutsche Bank closed out Epstein’s accounts weeks after the bank was served federal subpoenas.

How much money did Deutsche broker for Epstein? That number to this point has proven elusive. The FBI is not talking, but one executive divulged Epstein had secured more than $60 million from Deutsche Bank’s U.S. and German arms. Likely that number is larger, but at this point the bank is keeping its exposure quiet.

Just like Bowers had brokered for Epstein at Citi, Deutsche also set the convicted pedophile up with over a dozen bank accounts that Epstein employed to receive and send wires and funds.

One banking executive said Bowers had visited Epstein on his private island at least once. Bowers had also visited Epstein in New York and attended social events at his mansion. Federal law enforcement sources did not comment about these new revelations. However, Citi executives who worked with Bowers said the bank executive maintained an active night life and enjoyed the party circuit.

Epstein also helped bring in a plethora of new business from wealthy associates to Bowers at both Deutsche Bank and Citi, sources said.

“Epstein made Bowers and his financial institutions hundreds of millions of dollars,” one executive said. “It really didn’t even matter that Epstein stiffed Citi for $30 million in defaults because he brought so much new money, new blood in. Citi made far more than it lost.”

Epstein brought lucrative clients into JPMorgan’s private-banking unit and was close to former head Jes Staley, who visited Epstein’s private island as recently as 2015. Leon Black, Apollo Global Management’s billionaire chairman, met with the financier from time to time at the company’s New York offices, and used Epstein for tax and philanthropic advice.

Police reportedly found Bowers hanging from a rope in his California home.

Previous press releases detailing Bowers’ role with the private wealth arm of Deutsche, detailed the division and its target clientele:

This story is developing.

This is not the first headline for Deutsche Bank

The DailyMail – has another take – and completely ignore the Epstein ties -WHY?

By JENNIFER SMITH FOR DAILYMAIL.COM

A former Deutsche Bank executive who signed off on several controversial loans to Donald Trump killed himself in his Malibu home earlier this month.

Thomas Bowers, 55, hanged himself on November 19 at his beachside home. The banker was not working for Deutsche Bank at the time.

He is among a handful of people who signed off on loans totaling $2billion to Trump in the decades before he became president, even after other institutions turned him down.

POTUS Trump is implicated how by this?  I’m sure that there are many banks that loaned to President Trump.  This article ties him to this, because he did business that was NOT illegal?  How is this in any way questionable? 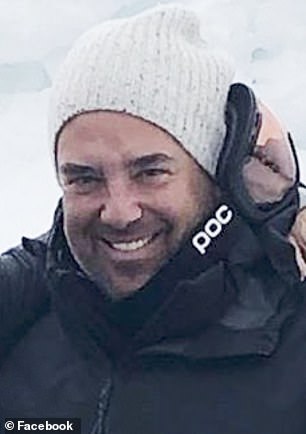 Thomas Bowers, 55, died at home in Malibu on November 19

Bowers’ wife Abigail died in 2017. The couple had three children together.

He was the head of the American wealth-management division at one time and oversaw Rosemary T. Vrablic, Trump’s private banker.

Bowers is understood to have left the bank in 2015.

His most recent known position was on the board of directors at Opus Bank, which he left in 2018.

The L.A. County Coroner’s Office confirmed in its ruling that Bowers died as a result of suicide by hanging. 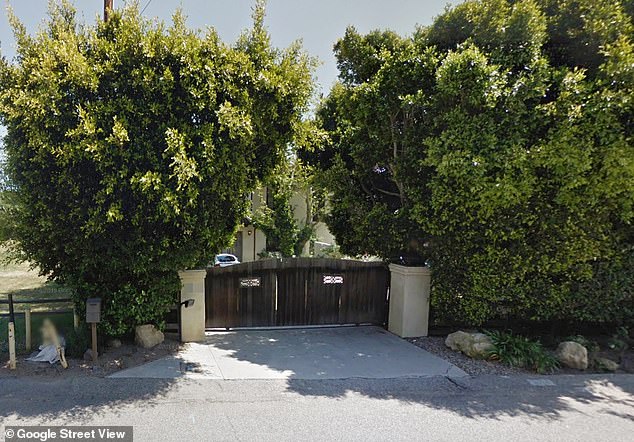 Bowers’ property in Malibu, where he was found hanging on November 19 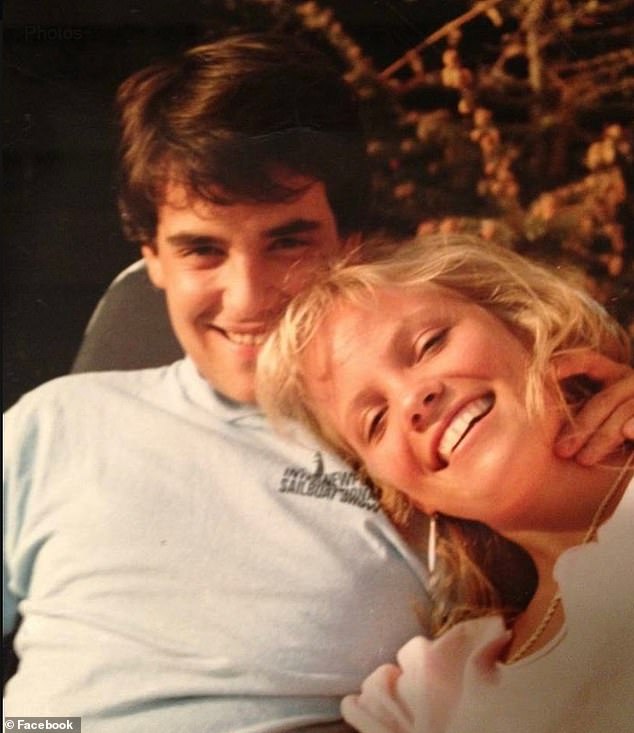 Bowers’ wife of 35 years, Abigail, died in March 2017. They are shown as youngsters in a photograph he shared at the time of her death

After Trump took office, Deutsche Bank came under intense scrutiny for its loans to the then-businessman, which were given despite warning signs that he was undesirable to other institutions.

They have even become the subject of investigations by House Committees and the New York Attorney General.

In March, The New York Times reported how Vrablic reported directly to Bowers and was promised a $3million salary when she joined in 2006.

In a press release announcing their new hire, Bowers said of her: ‘Rosemary is widely recognized as one of the top private bankers to the US ultra high-net-worth community.’

Deutsche Bank was giving Trump loans as recently as 2015, during his presidential campaign, to buy properties around the world.

Under Vrablic, he got $300million.

The rest of the money had come through years earlier in different formats than through the private banking division. 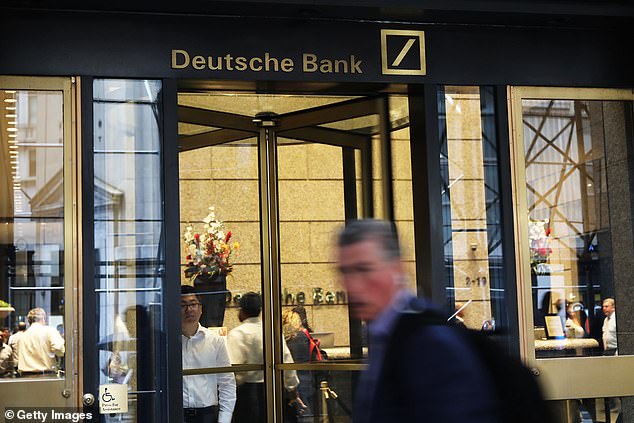