McAllen Station riverine agents took Breitbart Texas on a tour of the Rio Grande in one of the most active border crossing areas along the southwestern U.S.-Mexico border on Thursday. The agents operated open-air SAFE boats provided by U.S. Customs and Border Protection (CBP) Air and Marine Operations (AMO) McAllen Branch. The riverine units coordinate with land-based Border Patrol agents who operate cameras and other migrant detection devices along the river. The devices are placed to detect illegal border crossings and bring Border Patrol agents to targeted locations, CBP officials told Breitbart Texas. 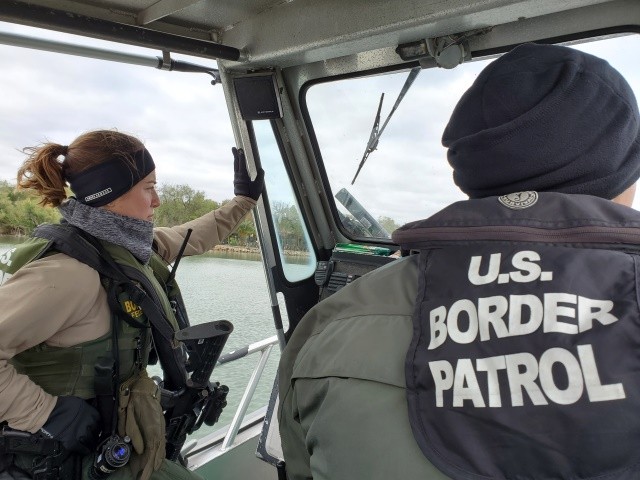 While on the river patrol, riverine agents received a radio call from the control tower agent about a raft crossing the river just south of Madera, Texas. The patrol boats and ground-based agents quickly responded to the area. Shortly after the migrants crossed and offloaded, smugglers on the Mexican side of the river quickly pulled the raft back with a rope. 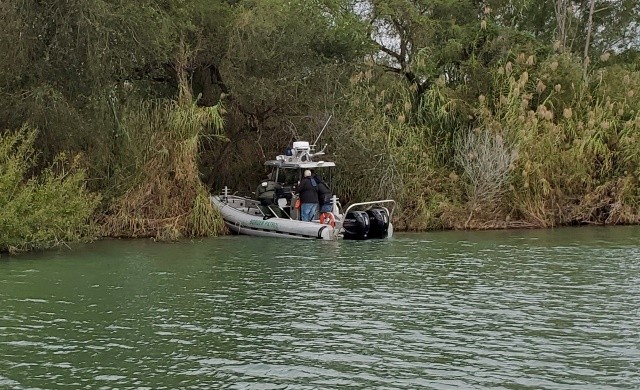 One of the boats, carrying Breitbart News Editor in Chief Alex Marlow and Breitbart Border/Cartel Chronicles Editor Brandon Darby put ashore at the point where the raft offloaded the migrants. Marlow and Darby followed the agents as they tracked the migrants northward and pushed them toward the levee road.

An alleged human smuggler met the migrants on the levee road as part of an apparent coordinated smuggling plan. The smuggler apparently took off toward the main roads and was quickly intercepted by Border Patrol agents and Mission Police Department officers. 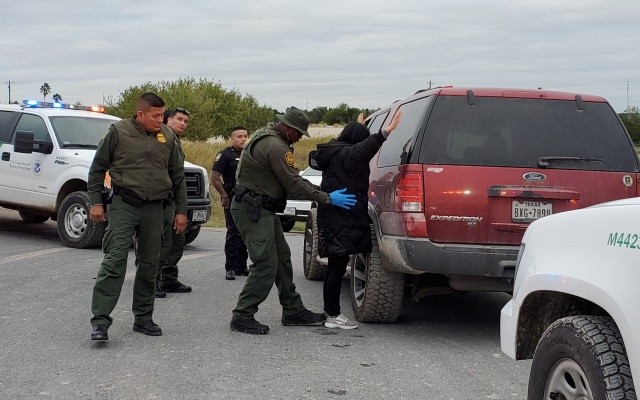 The agents arrested the alleged smuggler and seized the vehicle. They transported the migrants to the McAllen Central Processing Station where they will receive a health check and go through a background investigation, CBP officials stated. 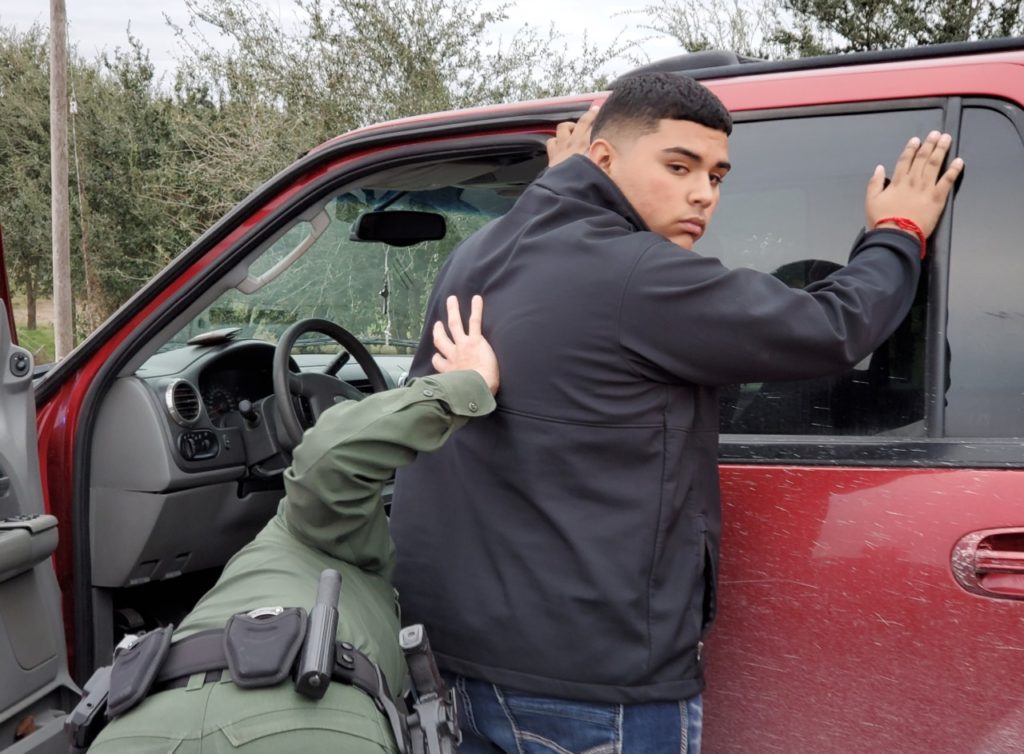 Riverine agents told Breitbart Texas that Chinese migrants are frequently crossing the border in this sector. They stated Chinese nationals are among the most frequent nationality apprehended outside of Mexican and Central American migrants.

Bob Price serves as associate editor and senior political news contributor for the Breitbart Border team. He is an original member of the Breitbart Texas team. Follow him on Twitter @BobPriceBBTX and Facebook.

Breaking reports overnight ties the migrant caravan in Mexico working its way to the US to billionaire George Soros, the man behind nearly every anti-American group working against the USA over the past decade.

The migrant caravan coming up through Mexico is obviously funded by some far left group.

The migrant caravan of mostly young men from all parts of the world were pictured receiving money from individuals embedded in the caravan.  Overnight reporting shows that the funding behind the massive gang of mostly men coming to the US border is being funded in part by a group tied to USAID:

5) These are professionally taken pictures. Set up, planned and organized. As you can see in the first photo with the guy holding his hands up. I’m sure behind him was a professional photographer on a ladder with a high dollar camera. We will address the 3rd picture shortly.

6) Let’s address this photo first as we move forward. Why are these people carrying bags that say US AID?? What is this organization?

United States Agency for International ..well let’s see who’s had their hands in this organization..https://www.usaid.gov  pic.twitter.com/s1XlNq41JO

Judicial Watch broke a story in early October that show that the group USAID  in Europe has ties to George Soros.  This is something that developed during the Obama years.

6) Let’s address this photo first as we move forward. Why are these people carrying bags that say US AID?? What is this organization?

United States Agency for International ..well let’s see who’s had their hands in this organization..https://www.usaid.gov

7) of course US AID has ties to none other than Soros. Thanks to @JudicialWatch for this incredible info. https://www.judicialwatch.org/press-room/press-releases/judicial-watch-new-documents-show-state-department-and-usaid-working-with-soros-group-to-channel-money-to-mercenary-army-of-far-left-activists-in-albania/amp/?__twitter_impression=true … pic.twitter.com/ktjHi3pDqO

Why does that yellow bag say USAID? These are migrants
in the Caravan that has not even reached the U.S. yet.

According to a press release from Judicial Watch in early October:

Just last month, Soros related individuals were pictured paying off protestors in Washington DC at the Kavanaugh hearings.  So it certainly would not surprise ANYONE if Soros money was linked to the caravan organizers.

According to The Independent the US Agency for International Development (USAID) in 2016, the US gave Honduras nearly $128m, Guatemala $297m, and El Salvador $75m in aid across all federal agencies mostly aimed towards counter-narcotics activities, military training, agricultural subsidies, and violence prevention.